Choose the right expert in a personal injury accident: Haté 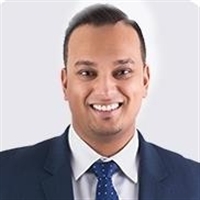 People injured in an accident must quickly retain legal counsel to guide them through the proper steps and ensure they receive the compensation they are entitled to, says Toronto personal injury lawyer Rohan Haté.

“Soon after an injury occurs, go to a lawyer who has trial experience in this area of litigation and a team of experts in place, so you are able to get the results you need,” says Haté, a partner with McPhadden Samac Tuovi Haté LLP.

Having the right expert testifying on your behalf is important when advocating your case before a judge or a jury, he tells AdvocateDaily.com, giving the example of an Alberta Court of Appeal case where the testimony of experts was rejected by the judge.

At trial, the woman had a handful of medical experts testify about her chronic pain syndrome and somatic symptom disorder, and she provided reports from others, as she claimed damages in excess of $1 million, the judgment reads. The trial judge, however, found that the woman was not a credible witness and that her self-reports on her injuries were inconsistent with the various medical providers’ notes and records.

“Given the importance of the appellant’s credibility to the strength of her experts’ overall opinions, the trial judge placed little weight on the appellant’s expert reports preferring, instead, the respondent’s expert evidence which refused to draw a causal connection between the motor vehicle accident and the appellant’s current chronic pain,” the judgment reads.

“The trial judge’s preference for the evidence of the respondent’s experts over the appellant’s is reasonable and well supported by the record,” the appeals court ruled, in upholding the trial judge’s refusal to accept that her chronic pain was caused by the accident.

“It is important for injured parties to choose quality and objective experts who are going to review the file, assess the client and provide an objective opinion that’s going to be respected by both sides in the court action,” says Haté.

“If you do your research when choosing an expert, you will find that some experts primarily provide opinions for plaintiffs or insurers,” he says. “It is important to use experts who have acted on both sides. Then your expert appears to be more balanced and credible in the eyes of the judge or jury. Our firm works with a team of experts that are trial-ready in the event the case goes in that direction.”

In cases where someone is claiming to be chronically injured due to an accident, Haté says it is imperative that they are examined by an unbiased medical expert early on.

“Having a strong unbiased expert opinion early on in a case will assist both sides in assessing the plaintiff’s damages and, at times, may lead to early resolution,” he says.

Formal offers to settle are also a vital part of personal injury litigation, Haté says, noting that because the woman received less in the first trial than she would have collected had she accepted an earlier offer, Rule 4.29(2) entitles the man to costs for all steps taken in the action after that time.

“When you’re assessing the value of your case, your formal Rule 49 offer has to be strategic and accurately reflect what you believe you could achieve at trial,” says Haté.

“There are cost consequences set out in Rule 49 to both plaintiffs and defendants at the conclusion of trial if a party does not meet or exceed their offers.”